What Is The Upper Hunter About?

The Upper Hunter region of New South Wales supplies resources, engineering and agriculture locally and to the world. It is made up of the Singleton, Muswellbrook, Dungog and Upper Hunter local government areas, with its industries supplying 60% of NSW’s power.

The Upper Hunter region is mostly located within 3 to 5 hours drive north of Sydney (a 150 to 250 km radius). With a long history of
settlement, the region features a large number of towns and villages connected by an extensive road network.

The towns of the Upper Hunter are Scone, Parkville, Aberdeen, Murrurundi, and Merriwa, as well as several villages, including Bunnan, Gundy, Moonan Flat, Ellerston, Wingen, Blandford and Cassilis. Of the towns, only Aberdeen on the Shire's south eastern border is situated on the Hunter River.

Agricultural Land Use in the Upper Hunter
The variety of landscapes and climates in the region supports a diverse range of agricultural industries. All of which place a high value on the region’s reliable water supplies. Beef cattle grazing occurs throughout the Upper Hunter region and is the most frequent agricultural land use. Dairying and equine grazing enterprises are concentrated in areas that feature alluvial soils suitable for highly productive pastures and reliable access to water.

Other grazing enterprises include; sheep for wool and prime lambs predominantly in the drier, more inland areas and smaller scale
domestic goats (for meat or wool) or alpacas. Larger properties with drier climates and volcanic soils of the Upper Hunter LGA also favour mixed farming enterprises. These combine broad acre crops such as: wheat, barley, sorghum and canola with beef cattle or sheep grazing. Some farms also feature feedlots where stock is fattened for specialist markets.

The Upper Hunter Region is classed as a sub-tropical climate with annual rainfall between 500-1100 mm. There is a large variation in soil types in the region and for this key reason, it is important producers understand soil types so they can stock their property based on its carrying capacity and not over stock. Pasture carrying capacity can alternate depending on the level of natural or introduced species and the use of the land, the main factor influencing pasture productivity is the level of phosphate in the soil.

Beef Production in the Upper Hunter
The unique geography of the Hunter allows maritime influences to extend much further inland than other coastal river systems. The resultant milder temperatures, humidity and year round rainfall pattern are well matched for grazing enterprises and particularly for beef cattle breeding.

The region also has ready access to saleyards and B double routes with relatively short travel distances to multiple processors, and to both domestic and export markets. The short transport distances will assist a carbon restricted economy. These advantages mean that local producers are well positioned to adapt to market challenges and climate change.

The predominant cattle breeds in the region are British such as Angus, but British / European cross are also popular. Also in the mix are Bos indicus cross types that do better on tropical / native pastures. The most widespread land use in the Upper Hunter region is beef cattle grazing. This industry also has a high employment contribution and is therefore important for the regions economy and rural communities.

The diversity of beef cattle enterprise options (such as weaner / yearling breeding / store cattle fattening) in the region and the diversity of available markets, helps local producers to adapt to variable market and climatic conditions. It also provides an important advantage for adapting to a changing climate.

The areas natural advantages and the expected ongoing investment in rural lifestyles that target grazing properties means that pasture based beef cattle production will remain a popular and regionally important rural land use. The larger mixed farming properties in the drier parts of the region are well suited for expansion of the feedlot industry. 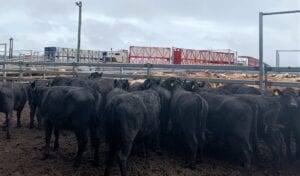 The Upper Hunter - Home of the Horse in Australia

The Upper Hunter region is an internationally acclaimed and mature thoroughbred breeding area ranked second in the world to the Kentucky Region in the U.S. (Buchan 2011). It is also the leading area for Australian Stock horses, thoroughbred bloodstock and breeding. Upper Hunter Regional horse studs produce 80% of the total value of stud horses exported by Australia (HVTB 2011).